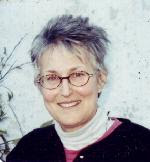 Hope Justman is one of those women who younger broads look up to and say, "If only we can grow up to be her." As a retiree, she penned a "Guide to Hiking China's Old Road to Shu." So not only has she written a great book, which was published in December by Universe Press — this academic adventure, who as a 60-something grandmother, has hiked some of the toughest paths in China. And she wants us to, too!

"I first became interested in China as an art history major at Mount Holyoke College," she writes on her website, http://www.chinasgreatroads.com. "I also first heard of the Road to Shu at this time as we studied the painting Emperor Ming Huang's Journey to Shu. I was particularly intrigued by the plank road skirting the sheer mountain peaks in the background (lower right), although I was convinced that the artist had taken a few liberties in perching it so precariously on the side of a cliff."

After receiving her B.A. in Art History, she took graduate courses at the East-West Center and the University of Chicago, and during this period became interested in China as depicted in the accounts of 19th century travelers.

"On my third trip to China in 1999, discouraged by the unattractive modern buildings that had intrusively penetrated the most accessible sites, I decided to see how much of old China was actually still around off the beaten track," she notes, explaining she retraced the route of an Englishman who had traveled through northeastern Yunnan in 1910 along a route quite far away from any current tourist destinations

Although she had originally just planned on taking local buses to visit each of the towns he passed through, when she reached a third stopover she learned there was no bus to the next town. "I would have to return to the town I had just left and proceed from there. Not wanting to deviate from the original route, I decided to walk, and my landlord sent along a local boy so I wouldn't get lost."

She walked two hours along a dirt road and then "there suddenly appeared before us out of nowhere a single line of flagstones winding its way through the terraced fields ahead. I realized, with amazement, that I had stumbled upon a fragment of an old imperial road. I soon discovered that walking its well-worn flags was much more fun than hiking on a dirt trail."

Justman liked the fact that she was walking in the footsteps of all the 19th century travelers and, indeed, all the Chinese travelers that had traveled the 600-mile road for the last 2,000 years — and felt compelled to share it with others. After spending 31 months hiking and photographing the old roads, she returned to her home outside of Philadelphia and began writing the 435-page paperback. It features 19 hikes, details about local attractions, lists of transportation, hotels and restaurants, and maps and useful phrases in English and Chinese.