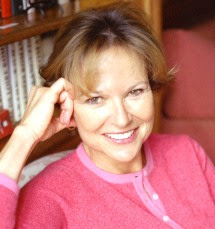 In the epilogue, Marton admits she would not have written this book if her parents were still alive. “Most deaths bring both grief and relief. With my parents’ deaths the taboo of the past was lifted.”
Posted by Hope Katz Gibbs at 8:34 AM No comments:

Labels: and her family, her life, Journalist will talk about her book
Newer Posts Older Posts Home
Subscribe to: Posts (Atom)