February 24, 2009 — How do you get to be a curator at the Smithsonian American Art Museum? Ask Joanna Marsh 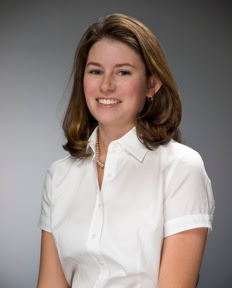 When Joanna Marsh was a child, the James Dicke curator of contemporary art at the Smithsonian American Art Museum dreamt of becoming a doctor. She reconsidered after one year as a biology major at Cornell. "It became very obvious, very quickly, that I was not cut out for a career in the sciences," admits the 32-year-old.

Several women on the Cornell faculty, however, inspired her to double major in English and art history — and once she found her passion success came quickly. Following graduation she spent a year and a half at the Sotheby's Institute of Art in London, where she received a master’s degree in post-war and contemporary art. "The Institute was minutes away from the British Museum and within walking distance of the National Gallery and Sotheby's auction house, as well as the University of London. It was an incredible place to learn and grow as student of art history."

She ventured back to her hometown of Washington, DC in 2000 and after a short stint as a volunteer at the museum, Joanna was hired to be the assistant curator for contemporary art by the Wadsworth Atheneum Museum of Art in Hartford, CT. "My boss left not two years after I got there, and at 26 I became the curator," she says. "I was young and somewhat terrified at first, but it was a tremendous opportunity, terrifying, and an invaluable terrific learning experience. Because I had so much autonomy, I was able to take my time and figure things out on my own."

By 2006, Joanna was ready for a new challenge. A new head curator — the Yale-educated art historian Dr. Eleanor Harvey — had taken over at the Smithsonian American Art Museum, and was looking for a curator to help raise the profile of the contemporary art department. Soon after, Joanna landed the job.

"What I appreciate most about Joanna is her insight and energy,” shares Eleanor, seated next to Joanna on a warm February day under the elegant glass canopy of the newly renovated Kogod Courtyard at the Museum. “She has a keen appreciation for contemporary art and has made terrific contributions to the collection." One of Joanna’s first assignments was to create a five-year plan for her vision, Eleanor notes, which included bringing in new and emerging artists, and filling in the collection with artists whose work should have been part of the collection years before.

Plus, Eleanor believes, Joanna has helped breathe new life to the historical museum that some considered stogy. "Because contemporary artists are obviously still alive, we are able to bring them here for talks — and I'm always amazed that we fill up the auditorium with up to 350 art aficionados who are eager to listen to their perspectives and insights about how, and why, they created a certain piece. I credit Joanna with adding a new kind of energy and excitement to the Smithsonian American Art Museum, and I am eager to see what else she'll discover next for our collection."

Joanna says: “What I love about working at the American Art Museum is the ability to show contemporary art within the context of an encyclopedic collection that is rich in history and tradition. There are so many contemporary artists whose work engages with other genres and periods, and it’s invigorating to make connections between their art and that of the past. People are fascinated by this sort of dialogue. The other exciting part of being a contemporary curator is the opportunity to work directly with artists. "I think people are simply fascinated by the process of making art. People want to know what artists such as Deborah Butterfield, Jenny Holzer, and James Rosenquist were thinking, and not only do we have the privilege of showing their work here, but we can actually talk to them about it."

What are some of Joanna's favorite pieces at the Smithsonian? Find out in an upcoming entry. In the coming weeks, we'll also profile Eleanor about how she came to become the head honcho at one of the nation’s most prestigious museums.

Don’t just read about these Truly Amazing Women. Meet Joanna and Eleanor in person when they host the Thursday, Feb. 26 annual fundraiser ARTrageous. You’ll savor a buffet dinner and wine & spirits while dancing to live music by Blues Alley Jazz and mingling with American artists in the museum's stunning Kogod Courtyard. The evening will also present the chance to preview the exhibition, "1934: A New Deal for Artists," which opens to the public Friday, Feb. 27.

Labels: Learn how Joanna Marsh decides what lands on the walls of the Smithsonian American Art Museum